change detection is an interesting topic for researchers, especially with the availability of high spatial resolution images. However, the use of high-resolution imagery increases variability within homogenous land-cover classes and leads to low-accuracy results. To overcome this problem and to generate a more accurate change mask, several features have been used and spatial information has been extracted from images. The firefly algorithm (FA), as one of the newest optimization algorithms for finding the optimum subspace, is then evaluated. The urban areas under study are Azadshahr (in Tehran province, Iran) and Shiraz (Iran). Two high-resolution images at two different time points are captured from each study area. To detect intra-class changes, a two-class classification of differential features is used, which also helps with the poor radiometric condition of the images (especially in Azadshahr images). The performance of the FA is then compared with a particle swarm optimization (PSO) algorithm and a genetic algorithm (GA). The results show that FA outperformed both PSO and GA algorithms with an overall accuracy and kappa coefficient of [95.17%, 0.90] versus [93.45%, 0.87] and [91.03%, 0.82] in Azadshahr study area and [94.87%, 0.90] versus [94.44%, 0.89] and [93.16%, 0.86] in Shiraz study area, respectively. The proposed methodology is also compared with the results of two other studies conducted on Azadshahr area and outperformed them as well. To analyze the contribution and importance of each feature type in change detection results, three indices, i.e. Effectiveness, Partial Effectiveness and Overall Effectiveness, are introduced in this paper. The result shows that features extracted from grey level co-occurrence matrix and features of other color spaces are the most effective features selected by FA to be used in change detection of high-resolution images; also these indices have revealed the weakness of using only spectral information for change detection of high-resolution images. 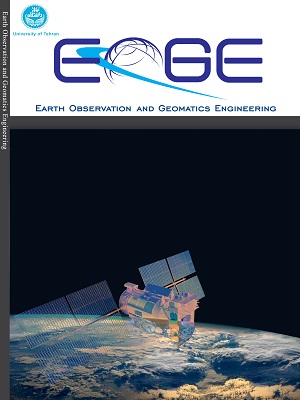